Most common myths about drinking milk 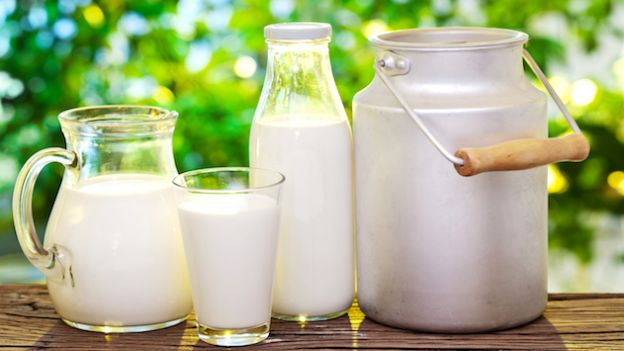 MOST COMMON MYTHS ABOUT DRINKING MILK: If you are an Indian kid, the memory of your mother forcing you to gulp down a big glass of milk must be quite prominent for you. And why not? Milk is one of the most important ingredients in our kitchens and is considered a complete and essential food for both kids and adults alike. But is milk really that good or is there more to it?
Read on to know the 7 most common myths about milk that we have believed to be true.

It makes your bones stronger

IT MAKES YOUR BONES STRONGER: If milk makes your bones stronger or not is still a topic of debate. According to a study, nations with high-consumption of dairy like US have much higher rates of osteoporosis as compared to Japan, where they don’t consume a lot of milk. Also, drinking milk doesn’t provide additional protection against fractures.

Milk is the best source of calcium

MILK IS THE BEST SOURCE OF CALCIUM: There is no denying the fact that milk has calcium but it is definitely not the richest source and also not the only one. Ragi, rajma, sesame seeds and soybean are some other calcium-rich foods. Sesame seeds have 1300-1400 mg of calcium in 100 grams while milk just has 280-300 mg calcium per 100 ml.

Milk is a complete food

MILK IS A COMPLETE FOOD: Milk is rich in many nutrients including protein, vitamin A and B12, riboflavin, calcium, phosphorous, zinc, magnesium and potassium. But milk lacks two important nutrients – vitamin C and iron. Substituting milk for food in long-term can cause iron deficiency. Milk should definitely be a part of the balanced diet but having it alone can lead to deficiencies and lack of calories.

A glass of milk can be had for breakfast

A GLASS OF MILK CAN BE HAD FOR BREAKFAST: Breakfast is the first meal of the day, which you eat after a gap of eight to 10 hours. Thus, your breakfast should be a mix of carbs, fats and proteins. Milk is not bad but it’s also definitely not a good option to give your day a kick start.

​Milk is important for everyone

MILK IS IMPORTANT FOR EVERYONE: Until the age of 12, milk should be an important part of the wholesome diet but after that, it should be optional, simply because by then we start eating many other things that have an equal number of nutrients, for example, sesame seeds and nuts. Adults should not consume more than two to three servings of milk in a day.

​Drinking milk is good for your skin

DRINKING MILK IS GOOD FOR YOUR SKIN: Milk contains good amount of water and thus is hydrating for your skin. But if the milk is adulterated, it can lead to skin problems and acne outburst. Cow milk sometimes has a lot of oxytocin which can lead to other health problems.