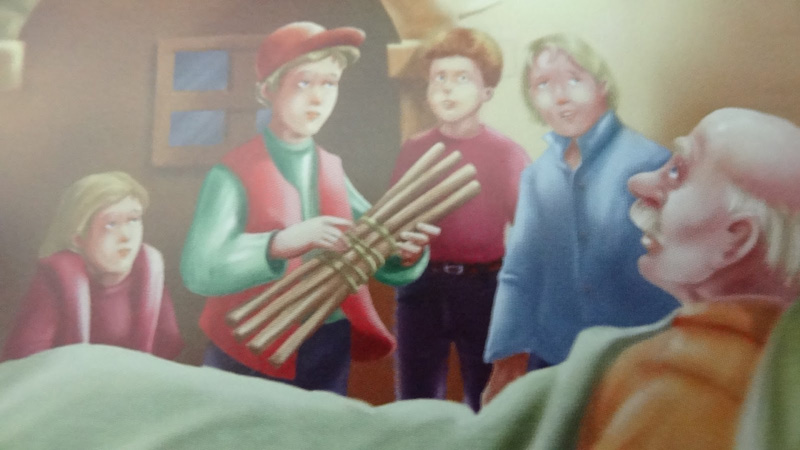 The Bundle of Sticks Short Story – A farmer and his sons

Unity is the source of strength. There is a famous saying: United we stand, divided we fall. The story of a farmer and his sons teaches us the moral that unity makes the people strong.

Once there was an old farmer. He lived a very hard life. He had three sons. They kept on quarrelling. The old man was worried because of their disunity. He tried his best to unite them, but could not succeed. By chance, the old man fell ill. His death was sure. His sons came to see him. He asked them to bring some sticks.

His sons obeyed him and brought so many sticks. He made of bundle of them. They did so. Then he asked them to break that bundle. All of them tried their best, but failed to do so. The old farmer asked his eldest son to untie )كول) the bundle. When the bundle was untied, the sticks got scattered. He asked his sons to break those sticks one by one. Soon they broke all the sticks into pieces easily.

The old man explained that the sticks were strong when they were united. They became weak when they were separated. Then he advised them to remain united like sticks. The sons sat there together. They started thinking over the last message of their father. They decided to follow their father’s advice in future. From that day onward, they started leading a happy life.