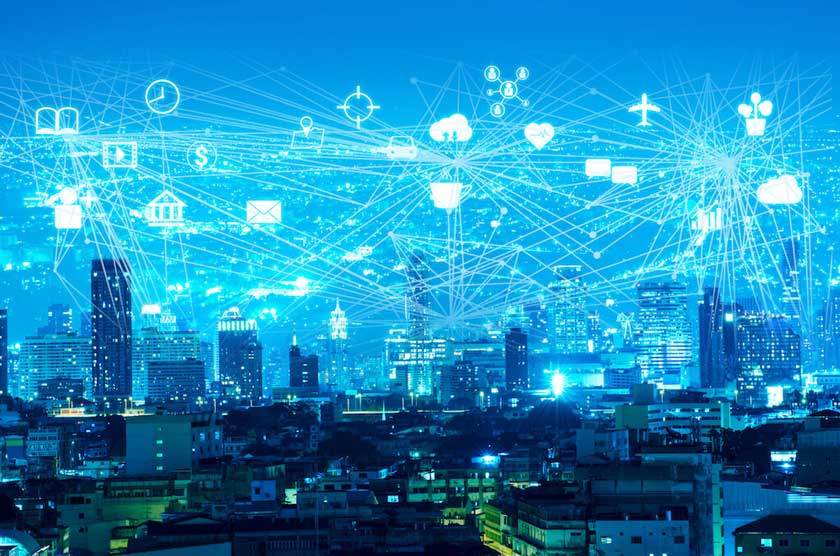 Technology is the use of scientific knowledge to create tools. The following are common types of technology.
Information Technology
A broad class of technology based on machines that process data and perform calculations at high speed known as computers. Most modern technologies have some relationship with information technology.
Networks
Links that allow devices to share data. Networks are connected to networks to create larger networks such as the internet.
Sensors
Devices that record data from their environment such as microphones, cameras and accelerometers.
Internet of Things
A term for the practice of embedding computers, sensors and networking capabilities into everyday objects such as infrastructure or a bottle of water.
Transport
Transport technology such as high speed trains and aircraft.
Energy
Energy infrastructure such as solar panels, wind turbines and grids.
Agriculture
Agricultural technologies such as farm robots.
Architecture
Technologies for buildings such as elevators or smart windows.
Entertainment & Media
Tools for consuming or producing entertainment and media.
Art & Music
Devices such as music synthesizers for creating things of artistic value.
Appliances
A general term for technologies that are useful around the house.
Industrial Machines
Specialized machines for industrial purposes such as manufacturing or mining.
Clothing & Accessories
Technologies that go into clothing and fashion accessories such as watches.
Medical Technology
Devices, medicines, procedures and systems designed to prevent, cure or mitigate health problems.
Assistive Technology
Devices that improve the capabilities of people with disabilities such as a hearing aid.
Science
Research tools such as a particle collider.
Space
Technologies for exploring or commercializing space such as spacecraft or communication satellites.
Robotics
A class of machines with semi-autonomous capabilities meaning that robots can handle certain tasks in real world conditions without direction.
Artificial Intelligence
A technology that learns and self-improves.
Superintelligence
A theoretical type of technology that exhibits intelligence that exceeds the smartest humans.